Juliette Garside
Wires allow agencies to listen to or record live conversations, in what privacy campaigners are calling a ‘nightmare scenario’ 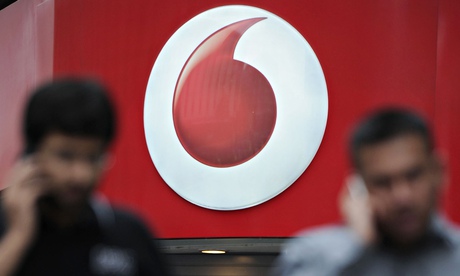 Vodafone has revealed the secret wires are widely used in the 29 countries it operates in. Photograph: Carl Court/AFP

Vodafone, one of the world’s largest mobile phone groups, has revealed the existence of secret wires that allow government agencies to listen to all conversations on its networks, saying they are widely used in some of the 29 countries in which it operates in Europe and beyond.

The company has broken its silence on government surveillance in order to push back against the increasingly widespread use of phone and broadband networks to spy on citizens, and will publish its first Law Enforcement Disclosure Report on Friday. At 40,000 words, it is the most comprehensive survey yet of how governments monitor the conversations and whereabouts of their people.

The company said wires had been connected directly to its network and those of other telecoms groups, allowing agencies to listen to or record live conversations and, in certain cases, track the whereabouts of a customer. Privacy campaigners said the revelations were a “nightmare scenario” that confirmed their worst fears on the extent of snooping.

This entry was posted in EN, social background HU and tagged privacy. Bookmark the permalink.