„Hungary persecutes those who fight against corruption”

Billions of euros-worth of tax is lost in Hungary each year because of VAT fraud. The tax authority suggests the issue is innate to the European tax system, and cannot be stopped.

In November, a former analyst at Hungary’s National Tax and Customs Administration (NAV) stated that the tax office is not so keen on stopping VAT fraud at all. András Horváth claims his ex-employers obstruct inspections into large taxpayers (for example food retail chains) who, he says, are the main beneficiaries of VAT fraud.

The tax authority denied his allegations and launched a prosecution against him for slander. The government and the ruling party Fidesz is skeptical about the whistleblower’s claims. Prime Minister Viktor Orbán called him to bring forward proof of his allegations – although publishing the sensitive data would in fact be a crime. The whistleblower has already offered the results of his investigation to several influential members of the ruling party– without any consequences – before turning to the public.

Horváth has launched legal action against the tax authority for abuse of office. Now the whistleblower has also been targeted by the police; his home was raided and documents he had been preparing were seized in an investigation against an unknown suspect for misuse of personal data and abuse of office. Euronews asked him about his findings and these criminal proceedings.

Euronews: You claim that the Hungarian tax authorities cannot stop VAT fraud due to system malfunctions.

Horváth András: Not exactly. There are systems malfunctions, and on top of that the tax authority positively discriminates a group of clearly defined large taxpayers. It means they are rarely inspected and almost never inspected thoroughly, even though they are obviously in connection with companies involved in VAT fraud. Yes, there is a system malfunction I pointed out, and also specific cases of corruption.

EN: You also hint at deliberate activity behind NAV’s inability to deal with the VAT fraud cases. Most European tax authorities and the European Union as a whole seem to be unable to cope with the issue, so it is quite believable that NAV is simply not up to the task.

HA: My work proves this is not true. You can stand up against VAT fraud, but you can only do it if you do not chase the missing traders (proxy companies that disappear after committing the actual fraud) but you inspect the whole chain, starting from the large companies (mostly retail chains) that profit from the fraud in the end. Leaders of the Hungarian tax authority often say a European Court Judgement makes it impossible to catch those who profit from the fraud, because you have to prove that they knew, or should have known about the fraud committed several links before them in the chain. It is possible, but you have to inspect the largest taxpayers. Inspect their own databases, ask them all the questions you ask from others.

EN: And the one specific case of corruption?

HA: I uncovered how tax officers were set aside to stop the inspection of a grain trade company, one of the greatest suppliers of multinationals in Hungary. The inspection could have resulted in more than 1bn HUF (=3,3 million Euro) missing VAT being collected. Finally the tax inspector was ordered to close the case without any result. 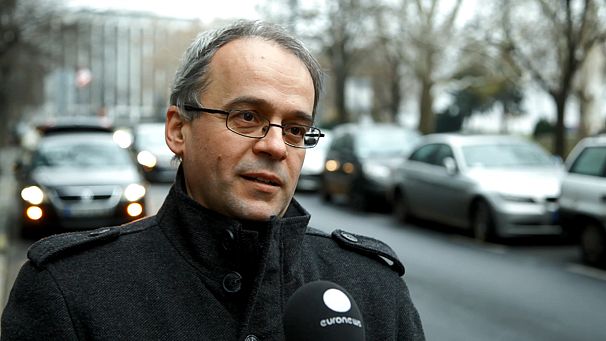 EN: Before turning to the public, you wrote letters to leading politicians of the governing party. What was their reaction?

HA: There were inspections launched against one or two companies. But I got no response, the politicians never contacted me, they did nothing about the system malfunctions, and there were no investigations in the tax office. I thought that this problem cannot be solved without assistance from the government. I didn’t want to quit, I wanted to do my work at the tax authority. Later I came to know that other colleagues have already tried to warn the goverment, and were left without an answer – and protection.