A Scholar Is Back Home and Defiant in Hungary 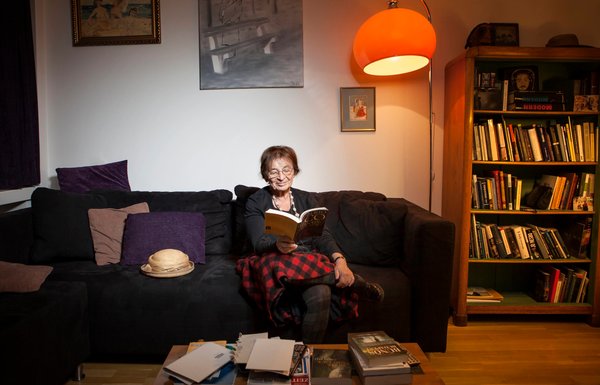 BUDAPEST — “During my years abroad, both in the U.S. and Australia, I always said that I liked living there, but that I want to be buried in my home, in Hungary,” said the philosopher Agnes Heller, who at the age of 84 lives in Budapest, still writing — in three languages — and lecturing.

It is generous of Ms. Heller to preserve affection for a homeland that has been so unkind to her. She was born and raised in the city’s Jewish ghetto in the volatile political climate of 1930s Central Europe. Ms. Heller and her mother narrowly escaped deportation to Auschwitz; her father perished there.

In the postwar years she studied philosophy under the Hungarian Marxist Georg Lukacs, and later became part of the so-called Budapest School around him — radical thinkers calling on Hegel and the humanist works of early Marx to reinvigorate contemporary Marxism.

In the aftermath of the 1956 revolution in Hungary, Ms. Heller, though a socialist and Communist Party member, was imprisoned by the Soviet-backed hard-liners for promoting counterrevolutionary thinking and banned from working at a university.

In 1977 she emigrated to Australia as a political exile. During the 1980s, Ms. Heller rethought her political views, becoming highly critical of orthodox Marxism. She subsequently assumed the Hannah Arendt visiting professorship of philosophy and political science at the New School for Social Research, in New York, where she lived and taught political theory for 25 years.