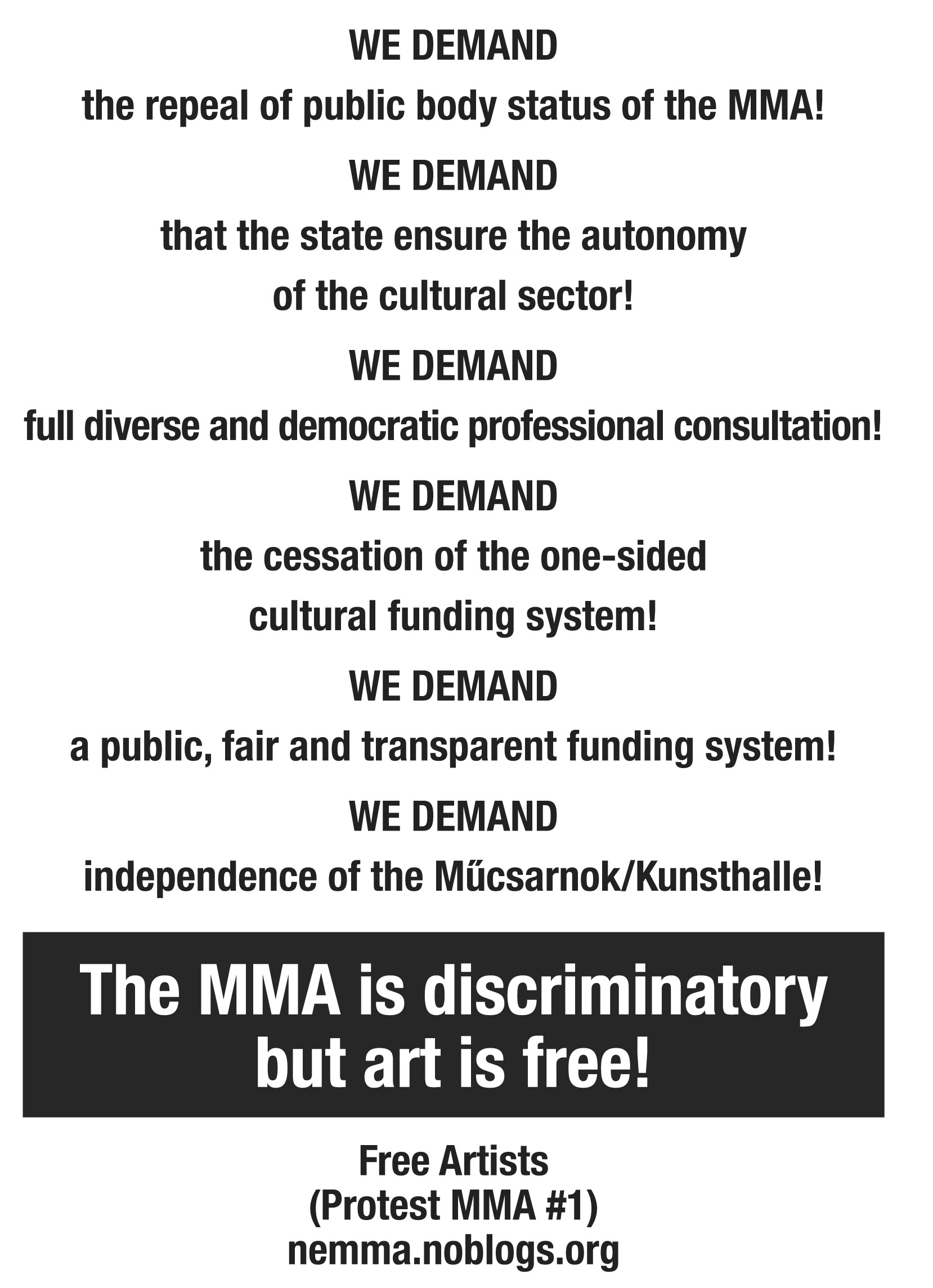 We demand that the state ensure the autonomy of the cultural sector!
According to the Minister of Human Resources, also responsible for cultural affairs, Zoltán Balog’s press statement in November 2012: “In my opinion, the solution is to outsource. The government’s aim is to make the Hungarian Academy of Arts the same as the Hungarian Academy of Sciences is in the field of sciences. Artists, experts in the field of culture, writers, poets, actors, and filmmakers should apply to the Academy of Arts. The government provides the Academy all the support and it is its job to spread the funds autonomously. The system will be fair and transparent. In my opinion, this is the future, not that ministers and state secretaries calculate and spread the funds”. The content of Mr Balog’s statement is unacceptable as, with political instruments, the government outsources a public-service mission that would be its constitutional and moral obligation. Also, this statement is an open admission of the total lack of a cultural concept. 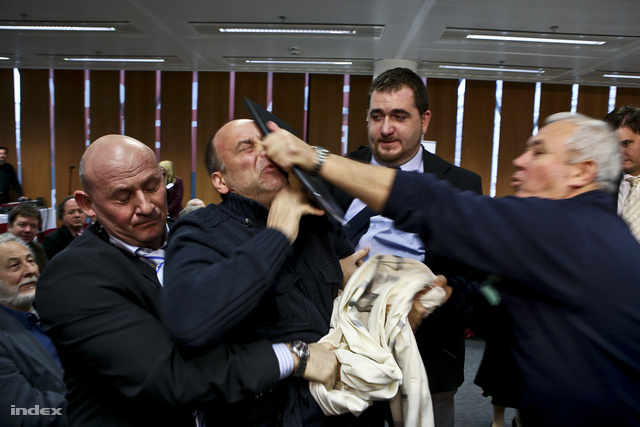 We demand the cessation of the one-sided cultural funding system!
The centralised financing system will result in a distorted situation, in which the dispersal of funds is subordinated to a particular interest group, an ideologically based community. Hungary is the member of the European Union, we are the Union (!), and within Europe it is unimaginable that one-sided, politically influenced lobby interests form the cultural scene of a country.

We demand a public, fair and transparent funding system!
It is the fundamental mission and obligation of a state to support culture with a professionally substantiated system, where decisions are transparent, controllable and verifiable. 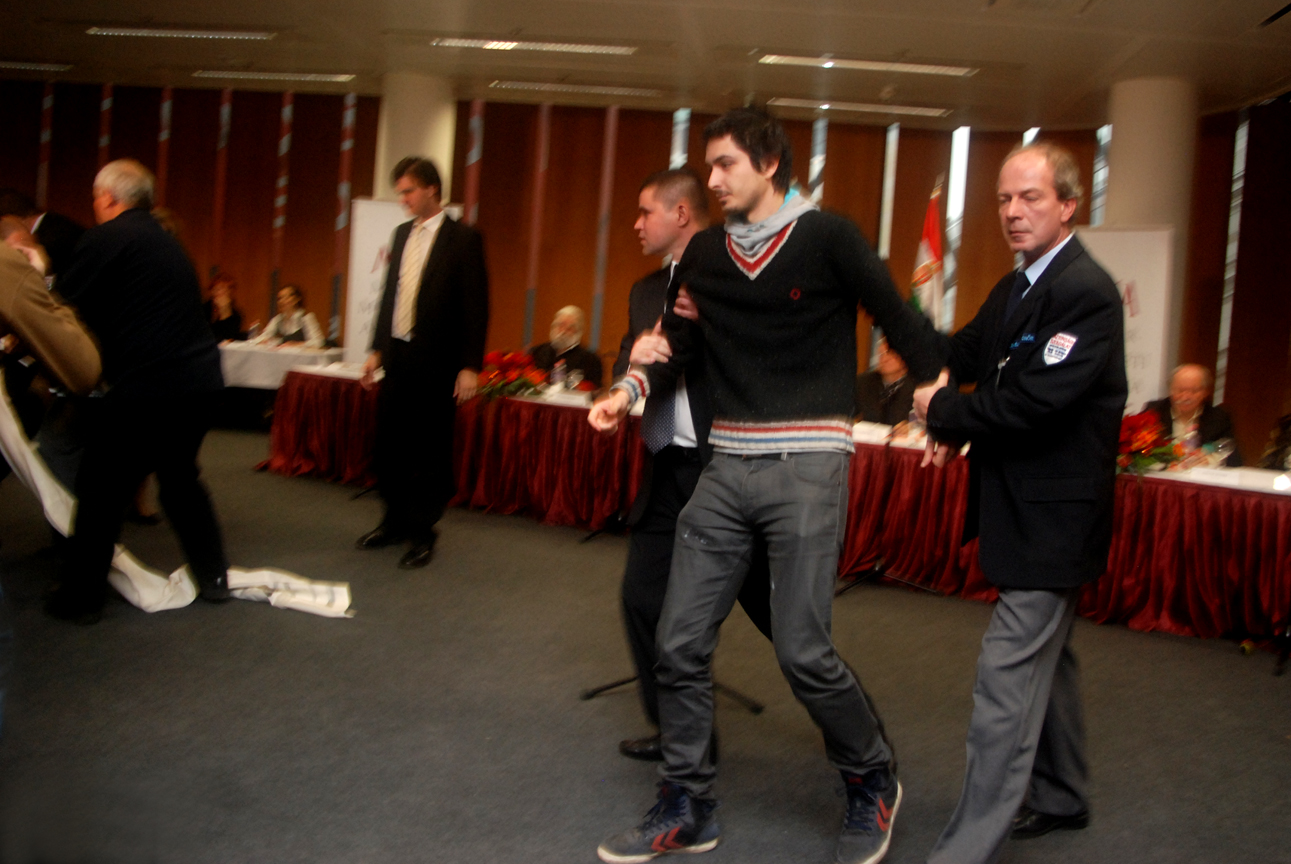 We demand independence of the Műcsarnok/Kunsthalle!
Műcsarnok/Kunsthalle Budapest is a public institution, and the property is publicly owned. Thus, no government – even with a two-thirds majority – has the right to hand it over to a private association. Műcsarnok/Kunsthalle does not have to be given back to the fine artists who deserve it, but it has to remain as public property in order to represent the full spectrum of contemporary art, starting from National Salons to critical art. Its director should only be appointed based on a tender evaluated by a relevant professional group of judges.

The HAA is discriminatory, but art is free!