The Theology of Consensus

Consensus decision-making’s little-known religious origins shed light on why this activist practice has persisted so long despite being unwieldy, off-putting, and ineffective. L.A. Kauffman traces its troubled history and calls for its demise. 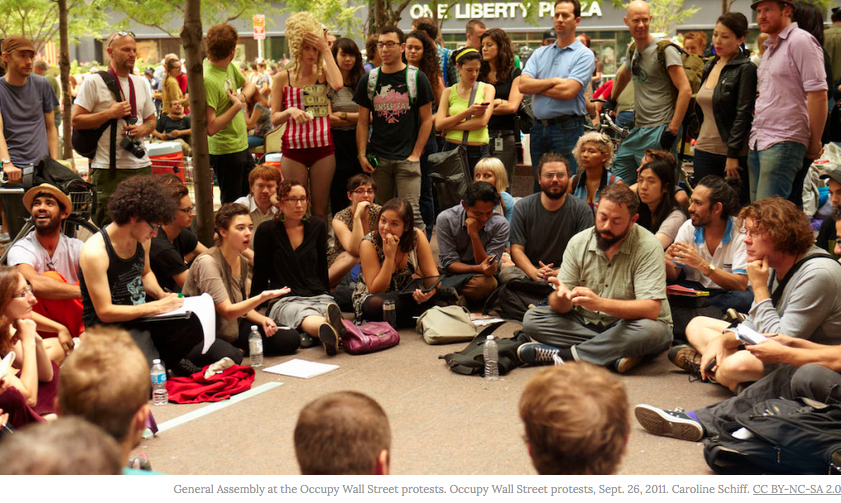 Consensus decision-making, a process in which groups come to agreement without voting, has been a central feature of direct action movements for nearly 40 years, from the anti-nuclear movement of the 1970s to the turn-of-the-millennium global justice movement to 2011’s Occupy Wall Street. Instead of voting a controversial plan up or down, groups that make decisions by consensus work to refine the plan until everyone finds it acceptable. A primer on the NYC General Assembly website, the structural expression of the Occupy movement, explained, “Consensus is a creative thinking process: When we vote, we decide between two alternatives. With consensus, we take an issue, hear the range of enthusiasm, ideas and concerns about it, and synthesize a proposal that best serves everybody’s vision.”