Guardian: Hungary’s culture is being crushed or co-opted

The UK has culture skirmishes; Hungary has culture wars. In a country where party politics has always sought to control the cultural field, the aim of such war is to wipe out, or at least quarantine, the opposition, its ideology, its language, its notions of independence, and – in the case of the current administration – to impose an all-consuming patriotic line whereby only one version of Hungary is allowed to exist. 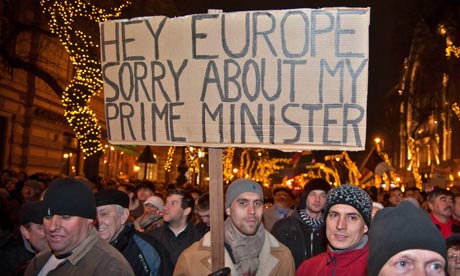 There is currently the case with the Hungarian Academy of Sciences.
The original academy was founded in 1825, chiefly composed of scientists but including some literary figures.
In 1949 it was taken over by the Communist party, so after 1989, there was reason to change it again.
The academy declared itself an autonomous institution and in 1992 the Széchenyi Academy of Letters and Arts, or Szima was founded as one of its branches.
As soon as news of its foundation got around, it was attacked by the right wing and a rival organisation, the Hungarian Academy of the Arts, or MMA was set up, forestalling it by a few months, with the architect Imre Makovecz at the head.
Szima invited members, MMA took them on application.